I was born Dec. 7, 1976 in Montreal at a hospital called St-Mary's. My parents were both born in Haiti. My dad's name is Edy and my mom's name is Evelyne, they both arrived in Montreal from Haiti roughly in 1975.

I have to say my childhood was pretty good and I feel very fortunate that when my parents came to Montreal they had really good jobs. My mom is a retired nurse and my dad was pretty much an engineer his entire life. They worked really hard for us when we were young and they always made sure we had everything we needed. My parents were always really active when they were young, they put their kids into every sport imaginable, and believe me, for me, it was a good thing. I was a hyperactive kid who always had so much energy and when I stayed indoors I ended up breaking things. Since I was a kid I have always been blessed with good genetics. I've never really done any weight training in my life and always been naturally big and strong. As a kid, I played soccer for many years and it's still my favorite sport. I was also involved in speed skating, figure skating and judo. My parents always made sure I was really busy and if there was a hour where I was home I was constantly playing hockey on the street with the neighbourhood kids.

BACK THEN, THERE WAS A LOT OF RACISM AND ALL OF US LEARNED AT A PRETTY YOUNG AGE TO STICK UP FOR OURSELVES.

We moved to a town called Tracy when I was five years old and this was a really tough time for us. Back then, there was a lot of racism and all of us learned at a pretty young age to stick up for ourselves. And as you can imagine, playing hockey was not something easy for me, I got called every name you can imagine. Even though soccer was my favourite sport, it became my goal at an early age to make it to the NHL. This was to show all the people who showed prejudice towards me that one day, they would have to swallow everything they ever said about me. And did they ever. That day was my biggest accomplishment and it wouldn't have been possible without the support of my entire family. Only they know the true extent of this journey, but we stuck together. Years later, we move to Montreal and from there everything was much better for everyone.

My parents raised us very strictly when we were young and I'm thankful for that because it has taught me work ethic and respect. I remember at a young age it was such a pet peeve for my dad to have overweight kids and on the weekend he would make us run laps and bring his timer with him. We hated that, but it sure paid pidends for all of us. I ended up in the NHL, my brother played in the Quebec Major Junior Hockey League and had a great career. He probably would have made it to the NHL too, but at 5'6" and with the gritty style that he played it didn't work out and after his last year with the Halifax Mooseheads he became a police officer and still lives there. My sister was a very good figure skater and one of the best track and field athletes in Canada when she was younger. 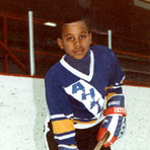 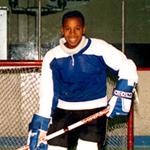 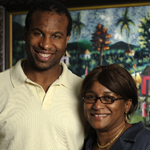 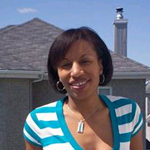 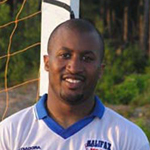 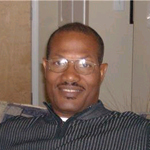